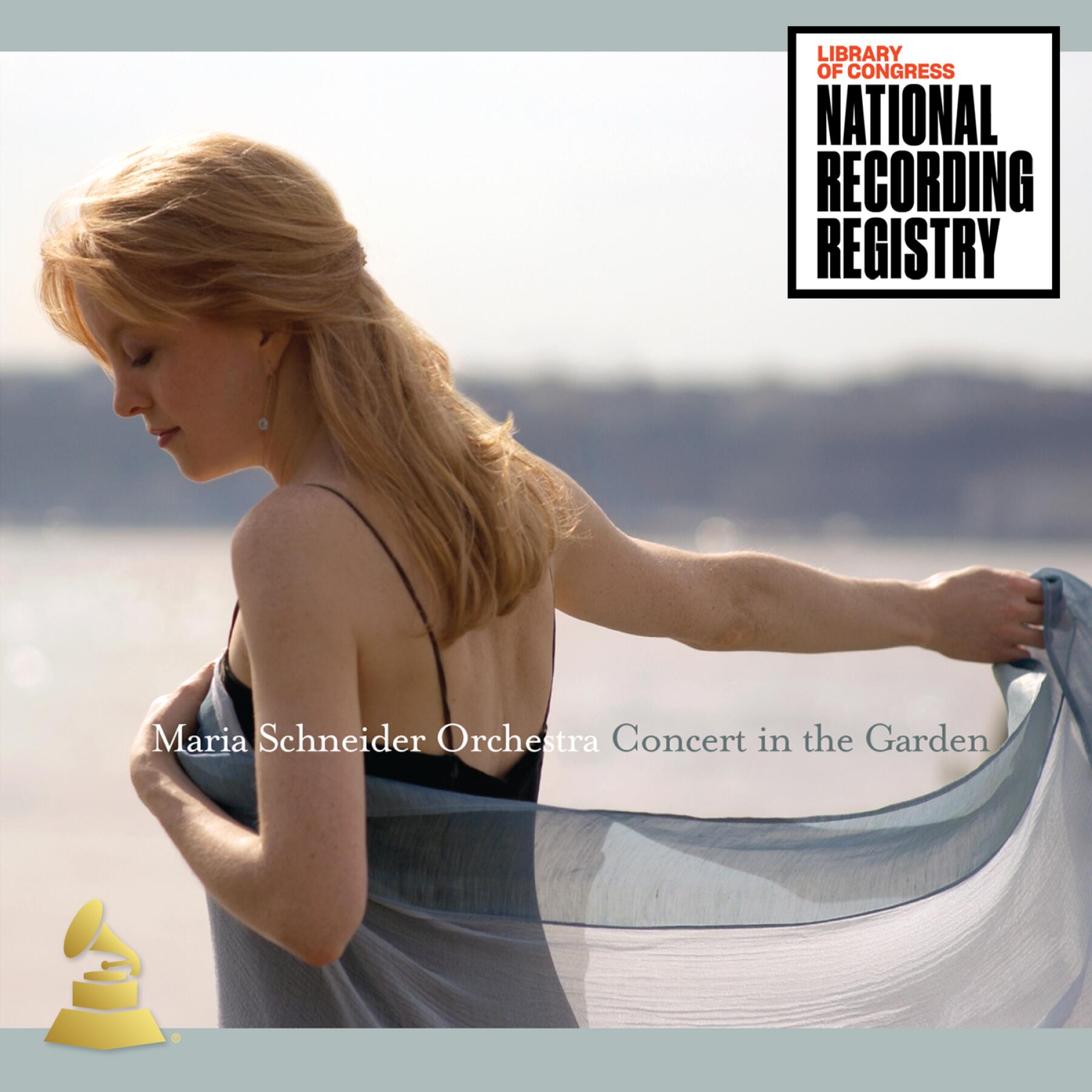 Concert in the Garden

"The best album of 2004, by a wide margin, was Maria Schneider's Concert in the Garden (ArtistShare). Critics need to be careful not to mistake taste for trend, so I'm not sure how much to make of it that both this and Wayne Shorter's Alégria, my favorite from 2003, are Spanish-tinged. But this is unmistakably a step ahead for Schneider, whose voicings are as pellucid as any by her mentor Gil Evans, and whose touch, like Ellington's, is evident even in her sidemen's improvised solos."
– VILLAGE VOICE – Francis Davis

"Let's cut to the chase: I LOVE THIS ALBUM. This is the most lush, lovely collection of music my ears have indulged in for quite some time. There's gorgeous writing; inventive, original, and captivating arranging, and a sympathetic cast of soloists and players."
– THE AUDIOPHILE VOICE – Jack Skowron

"Tenor Donny McCaslin's inspired solo grabs hold in a work limned in fiery flamenco forms ['Buleria, Solea y Rumba'], fusing it together until it is a flawless whole. Few who hear this piece will doubt it draws its own oxygen; fewer still well doubt the genius and beauty of its creator.”
– ALL MUSIC GUIDE – Tammy LaGorce

"...the orchestra wraps itself around - in loving embrace - stunningly inspired solos... they all fit so seamlessly into the greater whole it's hard to believe it's total improvisation. ...A hugely ambitious, completely successful and stunningly beautiful effort…”
– ALL ABOUT JAZZ – Dan McClenaghan

"The music on Concert in the Garden reaches a new level of beauty and complexity.”
– NEW YORK TIMES – Ben Ratliff

"...the transition from improvisation to composition is made with the grace of a dancer. Perfection." (Concert in the Garden)
– THE GUARDIAN – John L. Walters

"Concert in the Garden will be considered a major work.”
– JAZZ REVIEW – Bill Shoemaker

"As a writer, Schneider is both romantic soul and inquiring mind..."
– NEWSDAY

"The one and only time to truly adopt critics' opinions is when every one of them says exactly the same thing. Although music writers have rampaged to find the penultimate adjectives, there are not enough words in a single lexicon to adequately praise 'Concert in the Garden' for its musicality.  Maria Schneider has composed her way to a singular orchestral writing achievement.

...Transitions are so organic that musical chapters feel synchronized by affirmation. They are very private, very powerful moments, when artists know in their bones: "it works." The title track is so creatively rich that it could be its own record.”
– JAZZ IMPROV – Gregory Robb