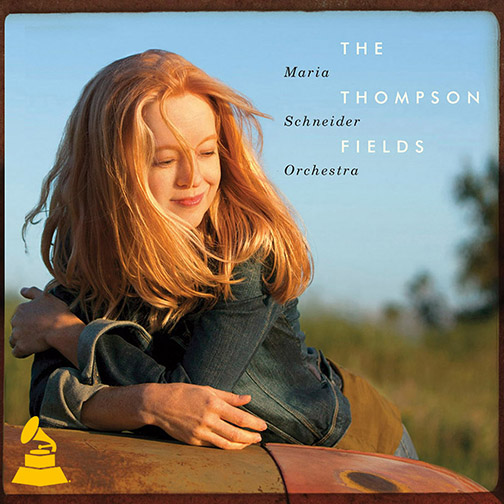 "This marriage of sounds, words and images is ultimately breathtaking, a testament not simply to the hipness of jazz but to the uplifting and sustaining powers of art."
– OTTAWA CITIZEN – Peter Hum

"The Thompson Fields breaks that spell with an extravagant show of her strengths: precise, expressive harmony; ribbons of diaphanous texture; a rhythmic momentum that doesn’t feel propulsive so much as wind-borne. Her new pieces, inspired by various ecological and personal epiphanies, stands alongside the best of her previous work, which is saying something."
– NEW YORK TIMES – NATE CHINEN

"The Thompson Fields breaks through to a new level. It's her most ambitious recording, and her most accomplished; it places her in the pantheon of big-band composer-leaders, just below Ellington, Strayhorn, and Gil Evans at his very best; it's a masterpiece"
– STEREOPHILE – Fred Kaplan